How to Talk to Your Dog

Home > Pet Advice > Dog Advice > How to Talk to Your Dog

Often, we ask our dogs “Who’s a good boy?” or “Who’s a good girl?” Thus, sending them into a complete meltdown with excitement! Anyone watching would most likely think that we’re barking mad (excuse the pun) but we simply can’t help ourselves. Well, there is a logical reason as to why we’re drawn to speak to our pooches this way, and this is mainly because of the profound affect it has on the bond between you both.

Recent studies conducted at the University of York; suggest that the humans tone and their word choice can affect the social bonding between both human and dog. There have been lots of other studies, where by scientists have played a human’s voice to the dog and monitored the dog’s response. This experiment differs somewhat. The recent study had both the dog and human in the same room, which allowed the behaviour of the dog to be monitored when they were spoken to via ‘dogs speak’ and then waited to see whether the dog chose to spend any time with that particular human.

The study was conducted in the following way:

There were four different kinds of speech tests and all 4 tests were used with a variance in tone. Ranging from high-pitched to regular and then the words used varied from dog-friendly to non-dog-friendly. 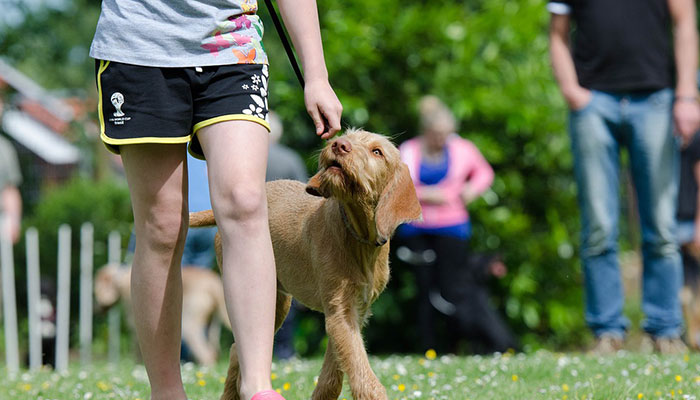 Below are the 4 combinations of the above two factors.

The researchers purposely mixed up the 3rd and 4th tests, so they could carefully pinpoint, whether it was the high-pitched tone or the specific dog-related words used, that grabbed the dogs attention.

So, to conclude, this experiment indicates that we’re not all completely bonkers. Talking to your dog with baby speech does actually grab their attention and thus creates a stronger bond.

Training A French Bulldog Puppy or …

Training your French bulldog during their puppy years, will help them grow into a happy, well behaved dog.

The history of crufts and the schedule for 2018. Learn more about Crufts and how the entries work.

After brining your pug puppy home you would probably noticed that they’re extremely energetic.