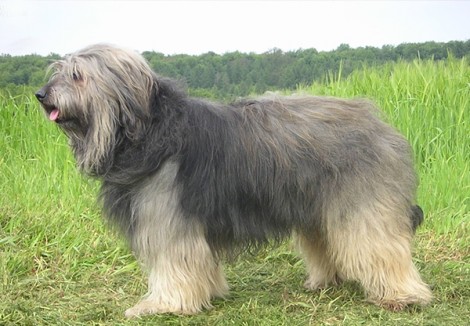 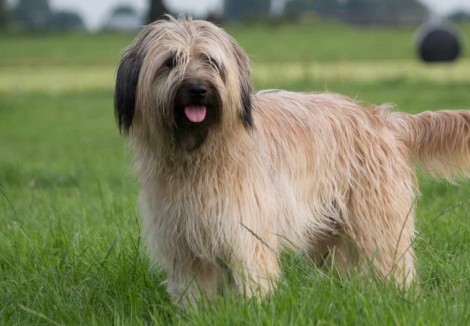 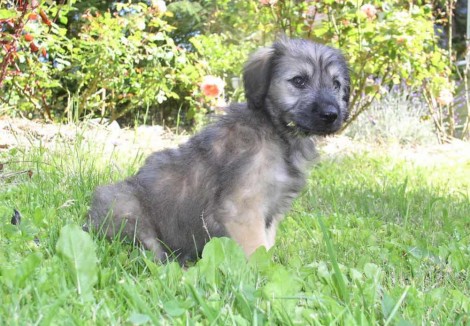 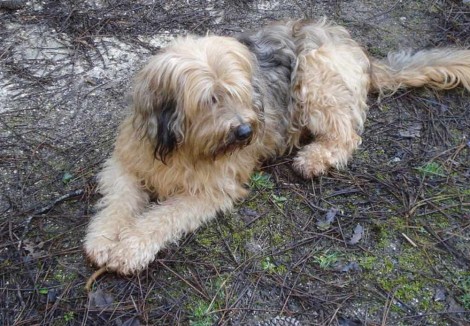 The Catalan Sheepdog (also known as Gos d'atura Català or Perros de Pastor Catalàn) is a breed of sheepdog that originated in Catalonia, Spain. It is a breed of the Catalan pyrenean dog from antiquity and perhaps with a mix of other herding breeds as well.

The breed is a well-proportioned and muscular dog that is longer than it is tall. It is an agile breed with solid body structures – a character of a true working dog. It is a medium-sized breed with a well-proportioned head that is defined by a straight muzzle, dark amber nose with wide setting eyes that shows an attentive and highly intelligent expression. It sports a beard, moustaches, tuft and prominent eyebrows. Triangular ears with well-defined tips hang close to the skull and covered with long hairs. The tail is well-covered with hair and is set low when the dog is not active. The long, shaggy coat is either flat or somewhat wavy with abundant undercoat. Colours include red, grey, fawn, sable, brown, and black.

The typical height for the breed is 47 to 55 cm at withers while the ideal weight is between 20 and 27 kg. Females are typically smaller and lighter than males.

Thinking of buying or adopting a Catalan Sheepdog?

According to legends, Charlemagne (c.742 – 814 also known as Charles the Great; Charles I), had two large, long-haired black dogs that resemble the Briard which he took with him in his campaigns. As he moved southwards, these two dogs mated with local breeds which may have produced the modern day Briard, Beauceron, Picardy, Pyrenean sheepdog and the Catalan Sheepdog.

The Catalan Sheepdog was used primarily for herding sheep. During the Spanish civil war, this dog was used as a messenger dog and as a guard dog. Its population substantially declined during the latter half of the 20th century because demands for herding dogs declined due to the migration of people from farmlands to towns. In the 1970s, several Catalan breed enthusiasts rescued from dog further dwindling when they came together and started an intensive breeding program. Although it is still considered an uncommon breed in the UK, its popularity is steadily rising in recent years.

In modern pop culture, the Catalan Sheepdog was represented in the 1992 Summer Olympics in Barcelona as Cobi – the official mascot.

This breed is a versatile dog with an excellent work ethic and a high level of intelligence. It can do its assigned task with minimal supervision, making it at par with other highly intelligent herding dogs. It is a vigilant and courageous breed, often tending and protecting the herd on its own. It is an affectionate dog which makes it a gentle companion of children. It is also a highly devoted breed which can easily create a strong bond with its family. It is highly protective of its family and property, making it an excellent guard dog.

The Catalan Sheepdog has a similar intelligence level with other working dogs so it is a highly trainable breed. It excels in a variety of dog sports including agility trials, obedience, showmanship. Flyball, tracking and herding contests and Rally. Positive reinforcement training from a firm and gentle hand is the ideal training method for this dog. However, it may need a special training to remedy its natural herding drive, edginess, and shyness. Early socialization is essential, particularly if the dog is going to be with a family with small children.

The Catalan sheepdog has a long, shaggy coat that needs a fair amount of time to groom. Daily good brushing is required to keep a clean-looking coat. Shedding occurs in two parts: the front coat sheds earlier than the back coat, which gives the impression of two different coats. After the back coat sheds, the coat appearance will become uniform again.

The average lifespan of a Catalan Sheepdog is between 12 and 14 years. Like most medium-sized working breed, this dog is prone to:

Being a working dog, the Catalan Sheepdog shares the same exercise requirements as that of the other herding dogs in its class. It is an active breed that needs daily exercise to stay healthy both physically and mentally. An hour of physical activity in a large yard, a long walk or jogging alongside a bike is an ideal daily routine. It is not recommended for an apartment life but if the owner is able to meet its exercise requirements, then it will make a wonder pet in the home. The best home for the Catalan Sheepdog is a house with a large fenced-in yard where it can frolic and run a couple of hours every day.

This breed is a talented herding dog which makes a good family companion. Its gentle nature makes it a wonderful companion for children and other animals in the house. 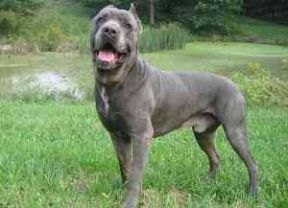 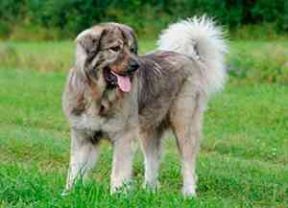 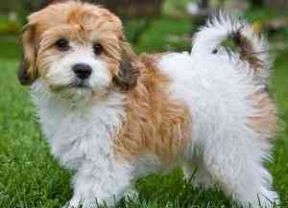