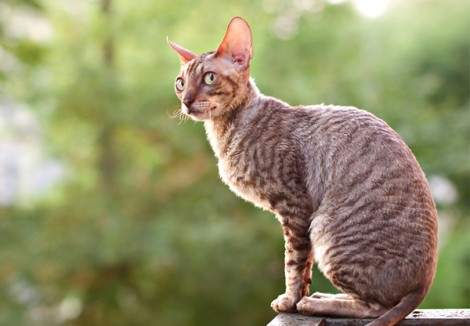 The Cornish Rex is a domestic cat breed with a distinctive appearance. They have no hair except for down and only have an undercoat. This cat breed is prone to hair loss and often develops a thin coat or large bald patches over their body. Their coat is very fine and sometimes curly, because of this, they’re better suited to indoor living and they’re extremely sensitive to sunlight and low temperatures. You will often find a Cornish Rex relaxing in warm places near a radiator, computer monitor, their owner's lap and sometimes their shoulders.

The Cornish Rex has a very slender body and small egg-shaped head. It’s often been said that the Cornish Rex has the cheekbone structure of a supermodel! The Cornish Rex might seem delicate but they’re surprisingly heavy when they're picked up, normally weighing in the region of 6-10 pounds.

Despite popular belief, the Cornish Rex is non-hypoallergenic. Often, people make this mistake because the Cornish Rex has a hairless coat. But most allergens come from the cat’s sebaceous glands of the skin, urine and their saliva. However, it is considered that the Cornish Rex fewer allergens than other cat breeds.

Thinking of buying or adopting a Cornish Rex? 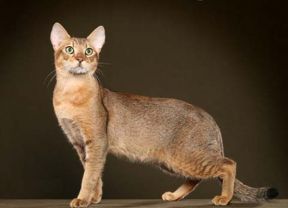 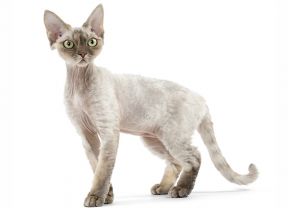 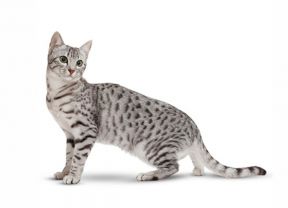